A group of film students burn paper effigy cameras for the wandering spirits during the ghost month in Singapore and receive a collection of horror movies in return. The first film received, GHOST POOL LEG, revolves around Chinese superstition in which ghosts are believed to pull swimmers legs to drown them. The second movie, XIAO BAO BAO, focuses on a young woman's haunting experience after taking a postmortem photograph of a suicide jumper. The third movie, SKIN DEEP, finds a group of shoppers stuck in a mall elevator with a mysterious and beautiful woman who holds a terrible secret. The fourth film, REKINDLING, features a heartbroken hawker, a missing China bride, and the mysterious ring she left behind. The final film comes with a price. 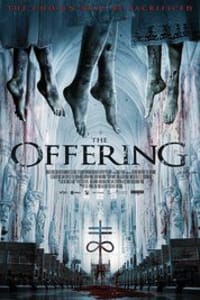